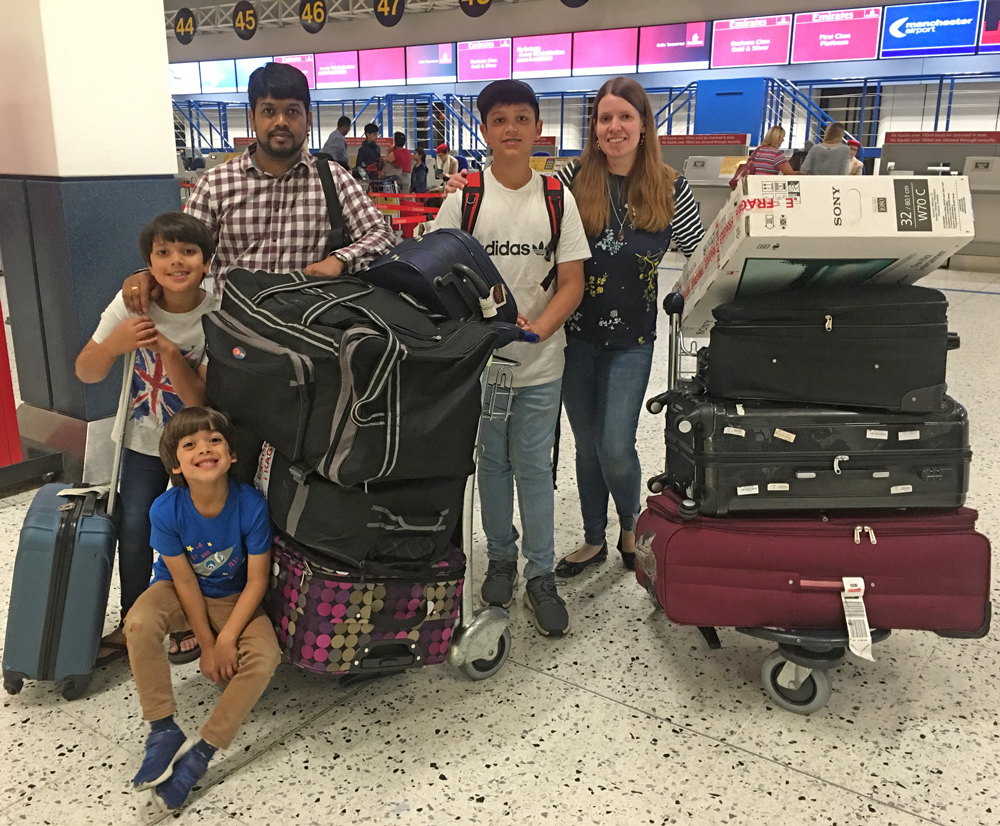 For the most recent information go to the Fountain of Life website www.flmhope.or

Sarah is the daughter of New Day's former senior pastor, Graham, and his wife Ruth. She and Sundar married in July 2004 and they have three sons, Timothy, Isaac and Ethan. Sundar completed his MA at Cliff College and has directed the charity since its foundation whilst Sarah is a doctor in Chesterfield. They established Fountain of Life Ministries in 2003 and are focussed on helping 64 tribal villages as these people are a particularly looked down upon and neglected strata of society. They run literacy schools so people can learn to read and write in the state language and sewing centres that help young ladies gain a skill that gives them a means of earning a little income. They also run annual Children’s clubs with over a thousand children, distribute aid to poor families, provide regular help to 120 elderly widows and 45 pastors, and respond to specific needs such as helping with medical costs.

Whilst Sundar and Sarah are presently based in the UK, his family are out there on the ground overseeing the projects and ministering in their home region in India. Sundar and Sarah make regular visits to India to oversee the work, to reach out to the poor, evangelise and pastor churches, provide medical care and other services to help the most disadvantaged.

September 2016: Sundar, Sarah and the boys along with Graham, Ruth & Lydia Hooke and a small team from a couple of other churches completed a successful visit to the Home of Hope and the tribal villages. A second container, for which many people contributed shoeboxes and other useful goods, finally cleared customs and the aid taken to the Home of Hope prior to distribution in due course.